Warning: This article contains spoilers for Obi-Wan Kenobi episode 2.,Obi-Wan Kenobi episode 2’s clone trooper scene carried a lot more emotional weight than most viewers realized. In the aftermath of Star Wars: Episode III – Revenge of the Sith, Obi-Wan Kenobi exiled himself to Tatooine. There, he lived as something of a hermit, keeping out of the limelight, ignoring galactic news while he focused on watching over the young Luke Skywalker. He didn’t even know Darth Vader had survived their duel on Mustafar.,Until, that is, the events of the Obi-Wan Kenobi Disney+ TV show. Set nine years into Obi-Wan’s self-imposed exile, this saw the Jedi Master brought out of hiding after Leia Organa was kidnapped by the Inquisitors as bait. He was forced to head to the planet Daiyu to find her, where his past immediately reared its head; Obi-Wan encountered a down-on-his-luck clone trooper who had become a street beggar, desperate for credits to get himself a meal. A visibly shaken Obi-Wan handed over some credits, a notable act of compassion that carries far more weight than many viewers may have realized.,Related: Obi-Wan Kenobi Episode 2 Easter Eggs & Star Wars References Explained,The last time Obi-Wan had crossed paths with clones, they’d been trying to kill him. Obi-Wan never knew the clones were unwilling participants in Order 66; he had no idea Palpatine had secretly implanted inhibitor chips within all the clones, forcing them to obey his commands and turn on the Jedi. Even more striking, this particular clone trooper was wearing the armor of the 501st Legion, meaning he had served under Anakin Skywalker himself. It is highly likely this particular clone trooper had been part of the attack on the Jedi Temple, and that he had gunned down some of Obi-Wan’s fellow Jedi – perhaps even defenseless Younglings. And yet, for all this history, Obi-Wan responds to the clone trooper’s present need not with judgment but with compassion., 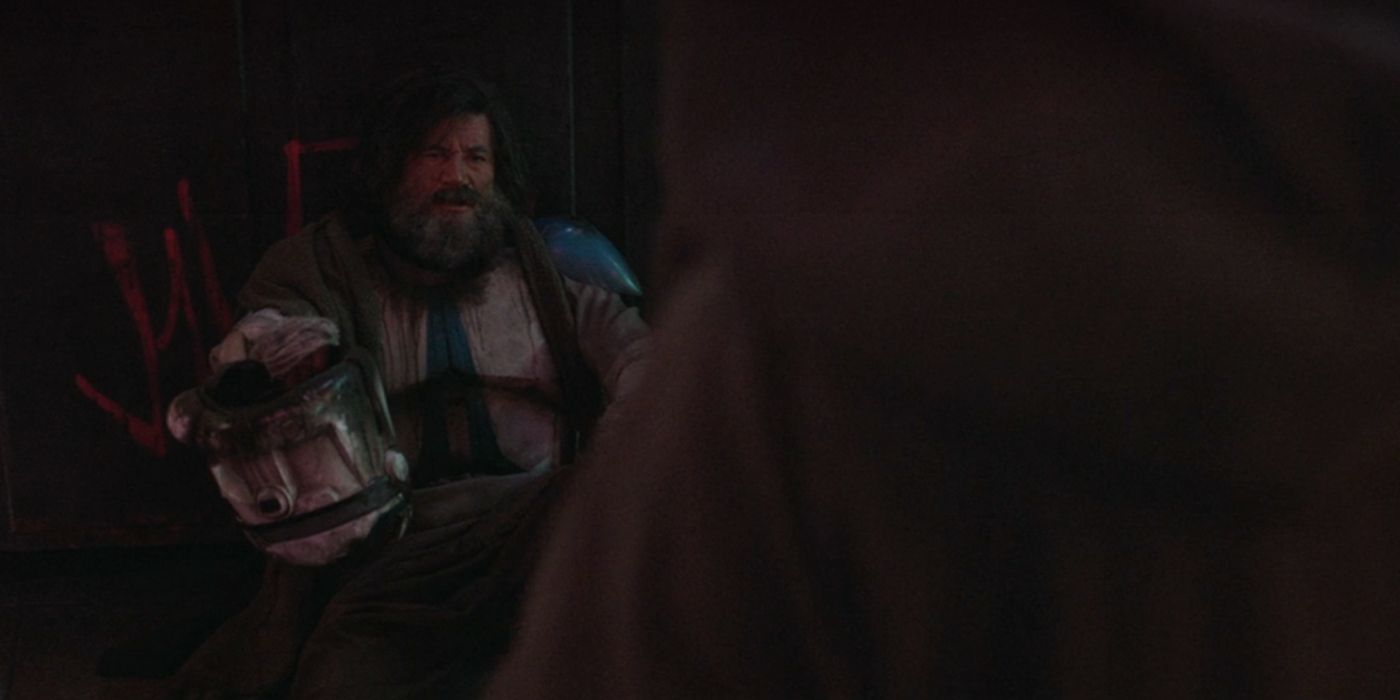 ,The Jedi prize the virtue of non-attachment. This doesn’t mean a Jedi cannot love, but rather that they must be willing to let those they love go – even to let them become one with the Force. Obi-Wan may seem somewhat diminished as a result of his exile to Tatooine, but he has clearly processed his grief to the point he can even look upon one of the killers of his fellow Jedi and empathize with them. Given Obi-Wan lived on a remote world where the Empire maintained only a minimal presence – allowing Jabba and the Hutts to run Tatooine – this may well have been the first time Obi-Wan realized the clone troopers had been cast aside by the Empire. Mere moments later, he brushed past Imperial stormtroopers, and it’s quite possible this was the first time he’d seen them because no stormtroopers were visible on Tatooine in Obi-Wan Kenobi episode 1.,Obi-Wan’s encounter with the clone trooper, followed by his brush with a patrol of Imperial stormtroopers, came immediately after he petitioned the Force Ghost of Qui-Gon Jinn for guidance. He may not have been led straight to Leia – although it didn’t take him long to track her down – but Obi-Wan was nonetheless confronted with what he needed to center himself. First he was brought face-to-face with his past, helping him determine whether he had truly found a measure of peace with it, and then he was faced with two symbols of the new present. Though he didn’t know it, this was the Force – and, perhaps, Qui-Gon Jinn – preparing him for the greatest shock of all, as he learned Darth Vader was still a threat. Little wonder Obi-Wan Kenobi episode 2 saw the Jedi Master so clearly shaken by the experience.,More: Obi-Wan Kenobi Episode 2 Ending Explained: Where Is Darth Vader?