SBS’s “Woori the Virgin” has released new stills ahead of the next episode!

A remake of the hit American show “Jane the Virgin” (which was itself based on a Venezuelan telenovela), “Woori the Virgin” tells the story of a woman named Oh Woo Ri (played by Im Soo Hyang) who has been strictly maintaining her chastity before marriage but winds up pregnant after an accidental artificial insemination during a medical exam.

In the upcoming episode, Raphael (Sung Hoon) becomes indebted to Oh Woo Ri’s family after he has to leave his own house due to plumbing issues.

Raphael appears to be adjusting to Oh Woo Ri’s family’s way of living in the new stills, looking comfortable with his surroundings as he observes Oh Woo Ri. In addition, Oh Eun Ran (Hong Eun Hee) encounters a golden opportunity when she receives an offer to appear on a trot audition program. When they hear the good news, Choi Sung Il (Kim Soo Ro), Oh Woo Ri, and Seo Gwi Nyeo (Yeon Woon Kyung) bring her in for a big gleeful embrace.

However, the still in which Raphael and Oh Woo Ri spend time alone in her bedroom is drawing the most attention. Oh Woo Ri looks down at her stomach and smiles as she thinks of the baby inside. With Raphael looking at her intently, the pair almost seem like a newlywed couple. In the upcoming episode, the two of them will fall asleep in Oh Woo Ri’s room, only to be later found by Oh Eun Ran. It remains to be seen what kind of uproar will commence after the discovery. 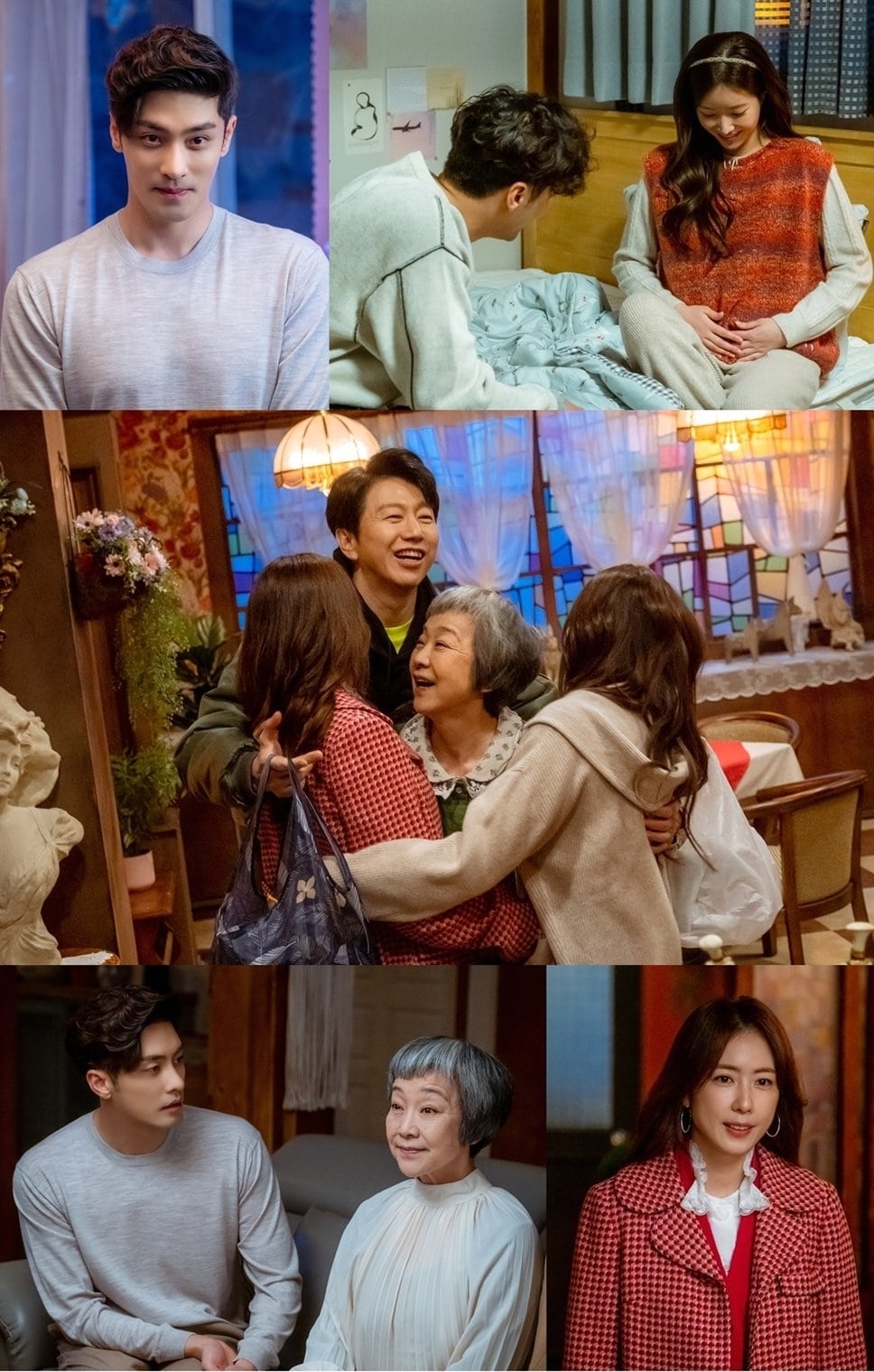 The drama’s producers commented, “In episode 11, there will be a new kind of excitement when Raphael comes to live at Oh Woo Ri’s house. The joy felt when the pair spend time in the same room is sure to be like none other, so please look forward to it.”

Check out the drama with subtitles below!