Get ready for Season 2 of “Squid Game”!

Months after Season 1 of the smash hit series took over the world, Netflix has released its first teaser for the show’s highly-anticipated second season.

Playfully riffing off the famous “Red Light, Green Light” game from “Squid Game,” Netflix officially announced on its social media channels that it had given Season 2 the greenlight by writing, “Red light… GREENLIGHT! Squid Game is officially coming back for Season 2!”

In his message, Hwang Dong Hyuk confirmed that both Lee Jung Jae and Lee Byung Hun will be reprising their respective roles as Gi Hun and the Front Man in Season 2—and he also teased that Gong Yoo (“the man in the suit with ddakji”) may be returning as well.

A WHOLE NEW ROUND IS COMING

As the writer, director, and producer of “Squid Game,” a huge shout out to fans around the world.
Thank you for watching and loving our show.

And now, Gi Hun returns.
The Front Man returns.
Season 2 is coming.
The man in the suit with ddakji might be back.
You’ll also be introduced to Younghee’s boyfriend, Cheolsu.

Join us once more for a whole new round.

Are you excited for Season 2 of “Squid Game”? Check out the new teaser below!

Squid Game is officially coming back for Season 2! pic.twitter.com/4usO2Zld39 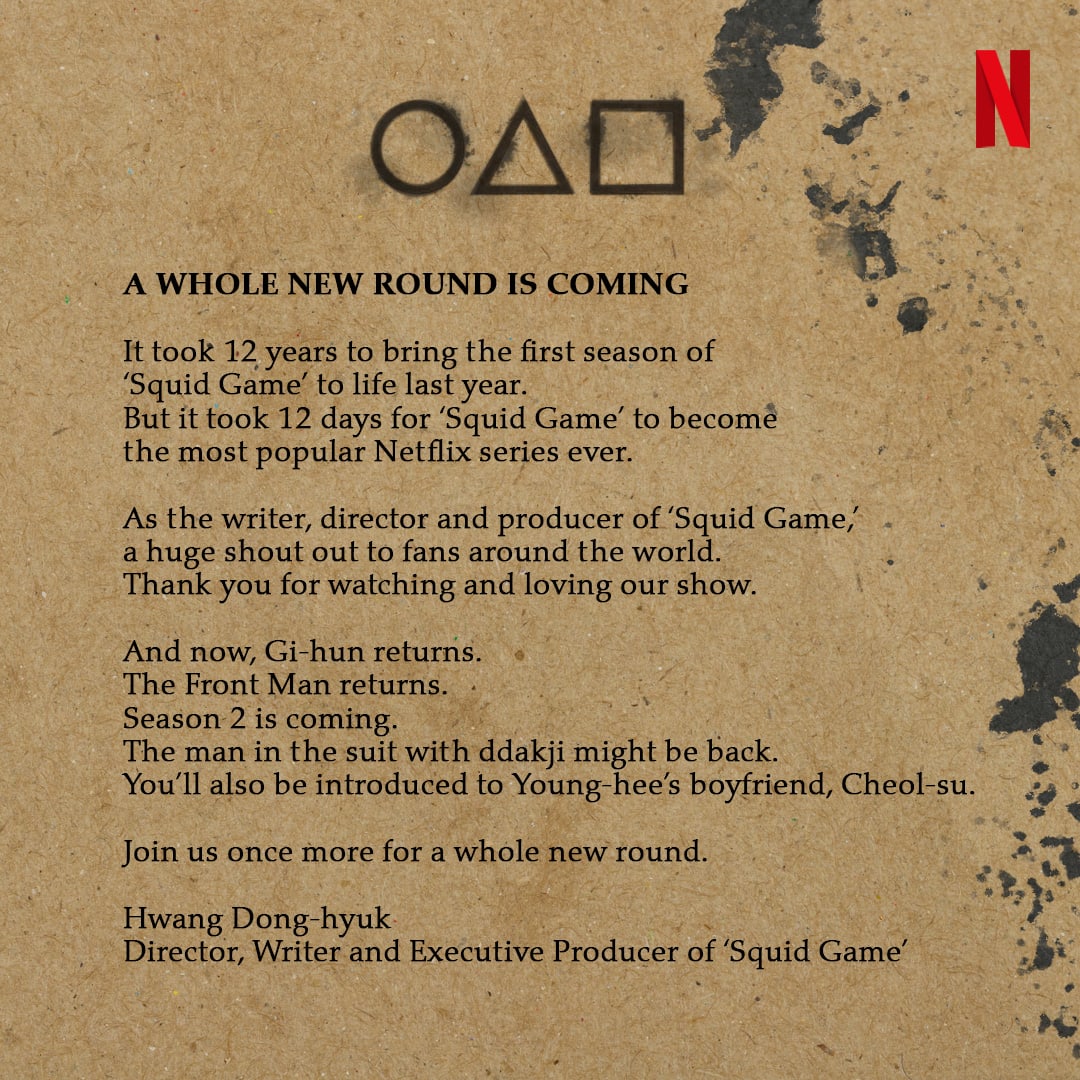