KBS 2TV’s “Bloody Heart” has shared a preview of the upcoming episode!

“Bloody Heart” is a fictional historical drama about the bloody political romance between Lee Tae (Lee Joon), a king who has to abandon the woman he loves to survive, and Yoo Jung (Kang Han Na), a woman who has to become the queen to survive.

On the previous episode, Lee Tae was furious about the rebellion and commanded all those who were involved in it to be arrested. He even swore to strip the titles of the nobles who took part in it and take away their land and slaves. During a private conversation, Lee Tae told Park Gye Won (Jang Hyuk) that the subjects should depose Choi Ga Yeon (Park Ji Yeon), and Park Gye Won agreed to do so.

The newly released stills show Lee Tae’s cold side as the king of the country. Sitting on his throne, he exudes a chilly and unapproachable aura with his tightly closed lips. On the other hand, Park Gye Won seems to be examining Lee Tae’s other intentions, and the production team hinted that he will plea with the king with a fierce look on his face. The other subjects are trembling in fear before the king, but for some odd reason, Jo Won Pyo (Heo Sung Tae) looks relaxed, making viewers wonder why. 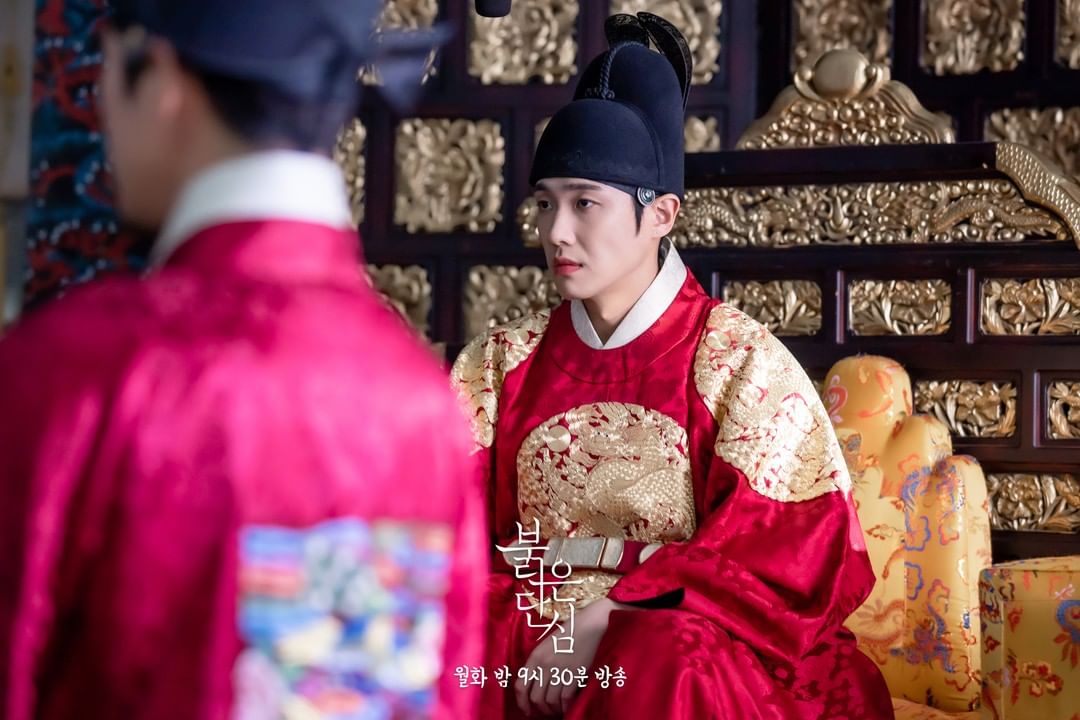 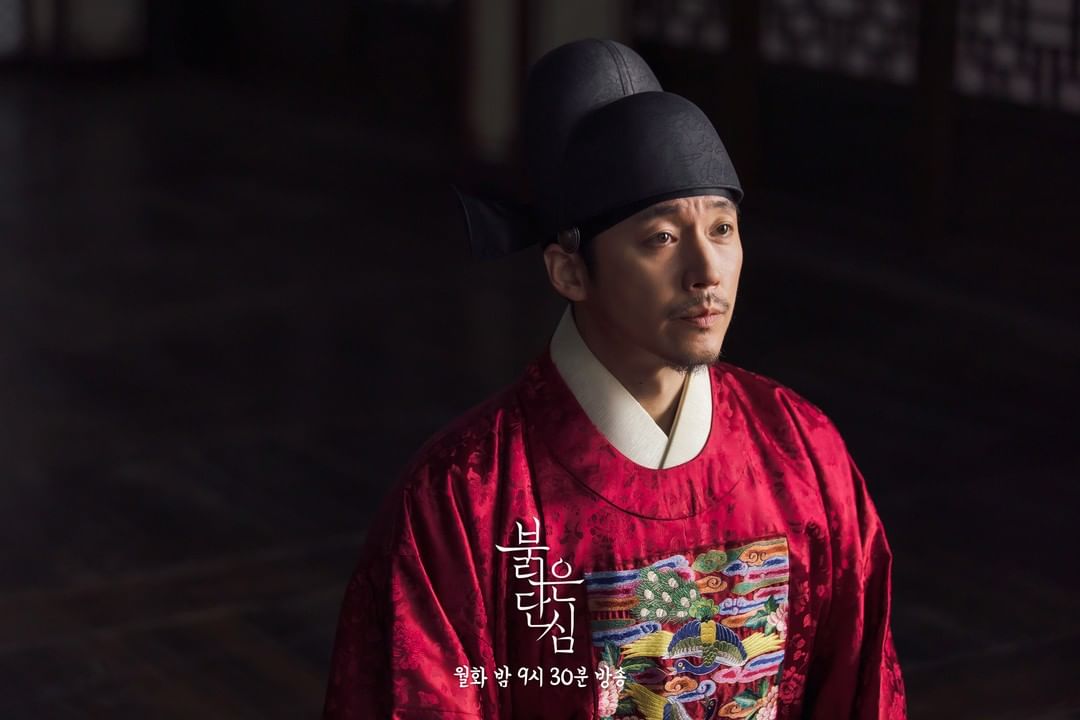 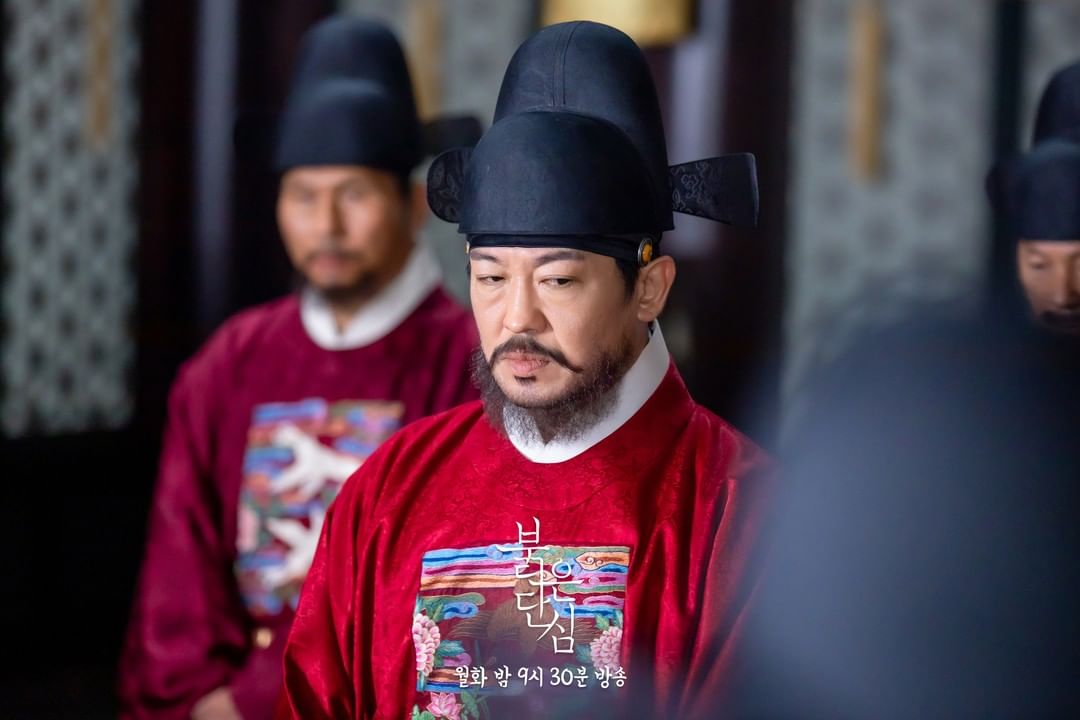 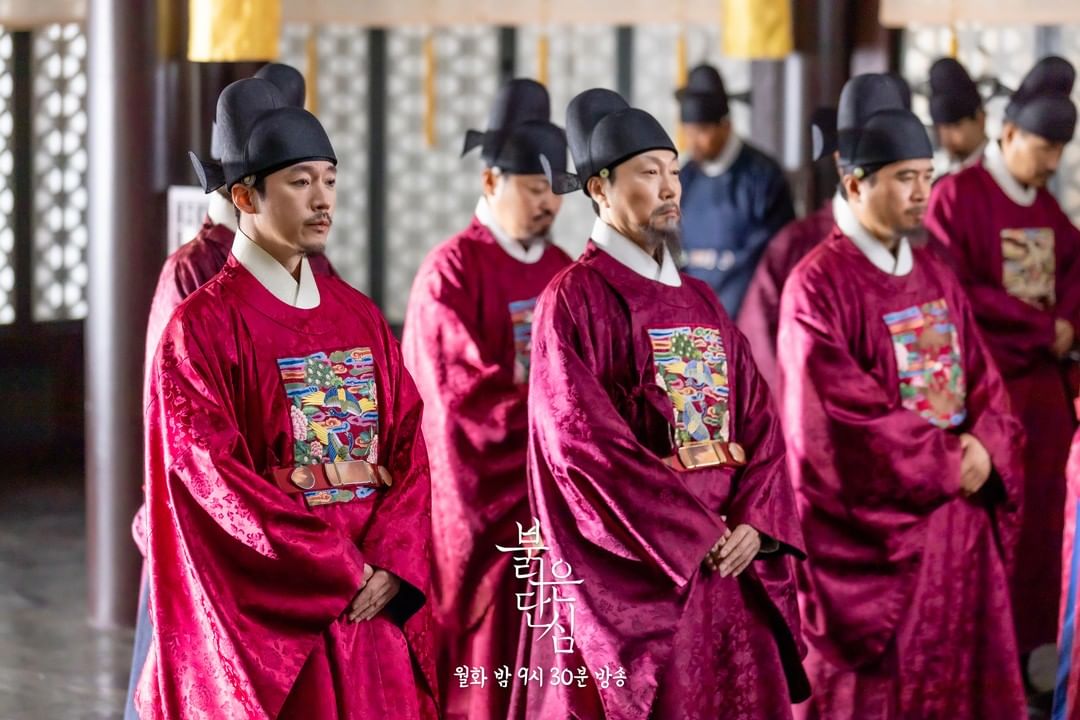 More stills show Lee Tae and Yoo Jung facing changes in their relationship. Previously, she found out that he was the one who was putting the country in danger, and she felt a sense of betrayal at his scheme.

The photos show Lee Tae and Yoo Jung in a tense argument. Lee Tae looks both sorry and fearful in front of Yoo Jung, who previously showed her anger towards him. On the other hand, she tries to hide her feelings while looking at his glum face, creating strange tension. Another still depicts her tightly holding his hands and imploring him, and Jung Wi Gyun (Ha Do Kwon) watches the couple’s conflict with a heavy heart and worried eyes. 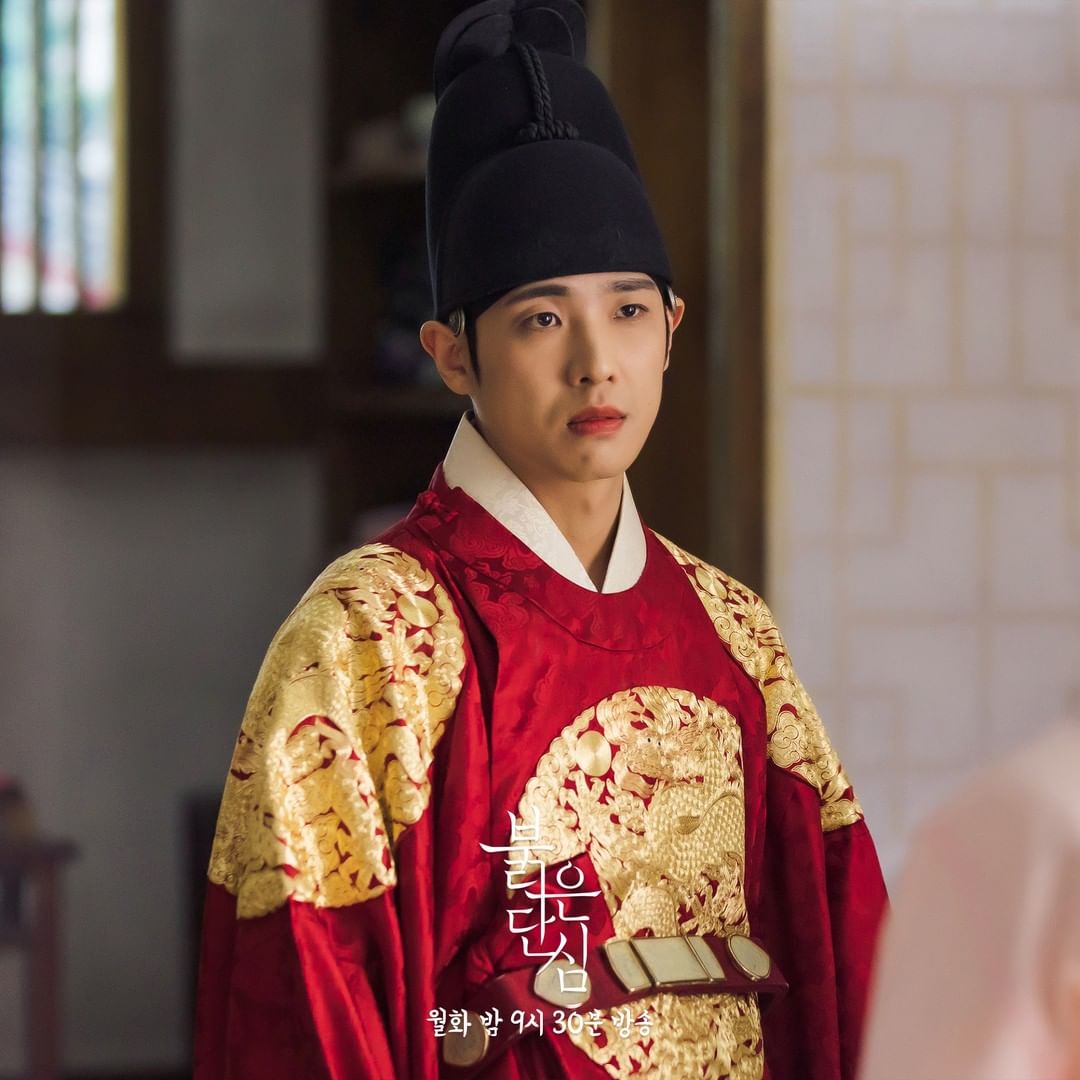 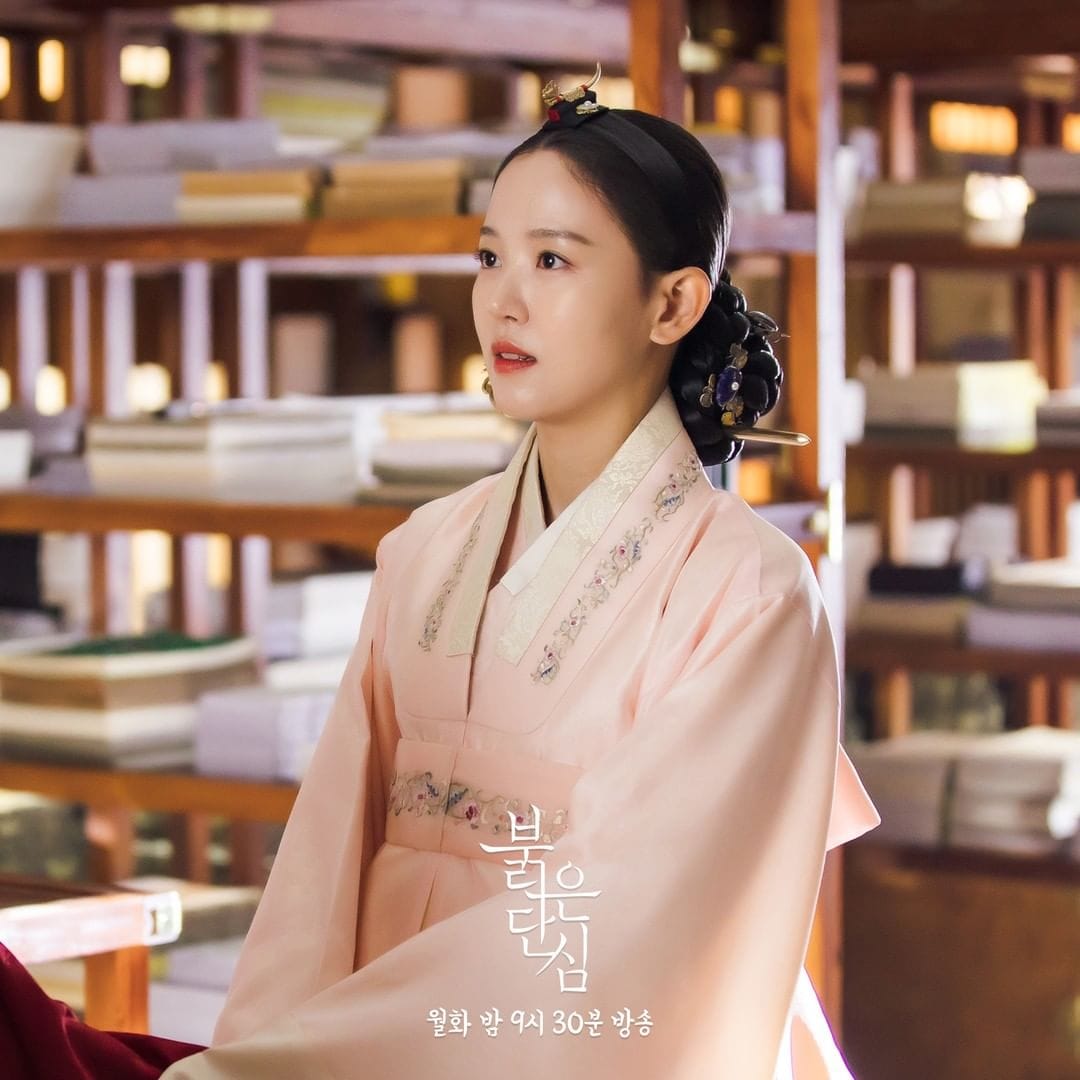 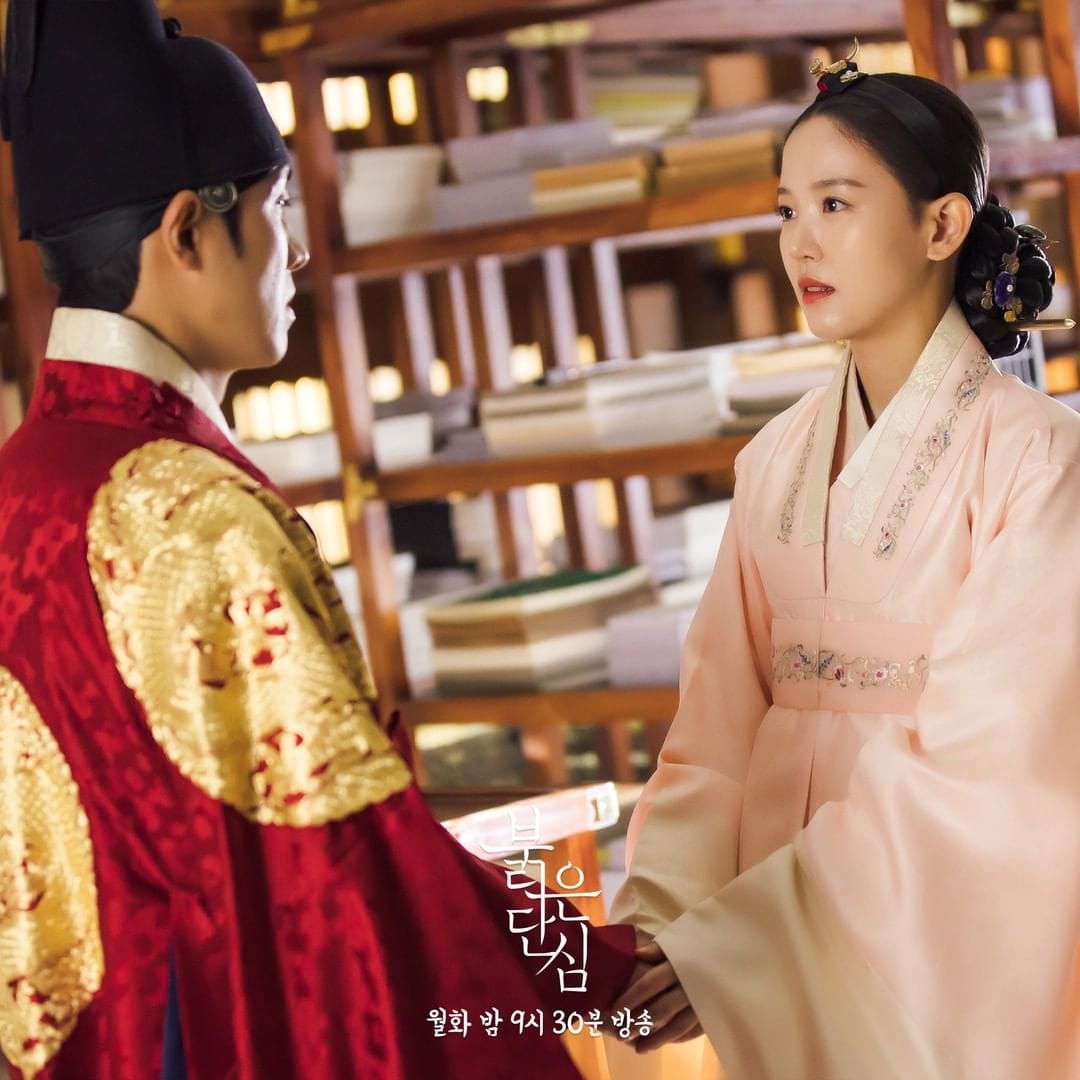 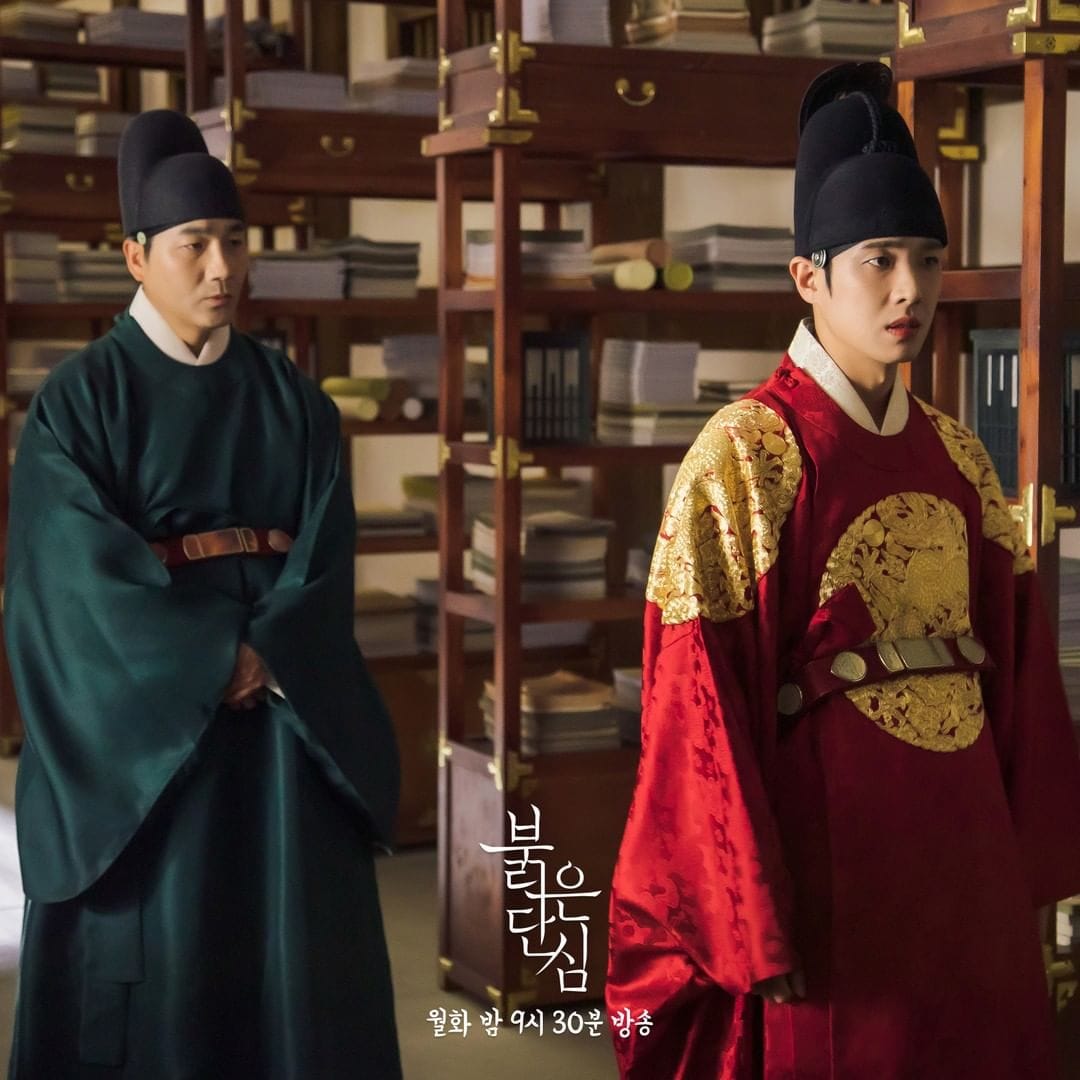 In the meantime, check out Lee Joon in “My Father is Strange” below: