“Today’s Webtoon” is a Korean remake of the popular 2016 Japanese drama “Sleepeeer Hit!” The drama will tell the story of On Ma Eum (Kim Sejeong), a former judo athlete who joins Neon Webtoon’s editorial department as a new employee and struggles to mature into a true webtoon editor amidst South Korea’s competitive webtoon industry.

Nam Yoon Su will be transforming into the role of On Ma Eum’s co-worker Goo Joon Young who enters the company at the same time as her. He also boasts an impressive IQ of 150 and aims to be the best of the best. He’s always in the spotlight wherever he goes, so he’s confident that he’ll be a key figure at Neon, but he gets confused when he’s assigned to the webtoon editorial department.

On June 23, SBS unveiled new stills of Nam Yoon Su as Goo Joon Young, who exudes prickly and intelligent vibes with his cool demeanor. One key point to keep an eye on in the drama is Goo Joon Young’s chemistry with On Ma Eum. The two are completely different from each other, and unlike On Ma Eum, who always does her best in everything with passion and grit, Goo Joon Young, who has been aiming for the best but is assignment to a department he doesn’t like, will not be able to adjust to his new job and grow cynical instead. 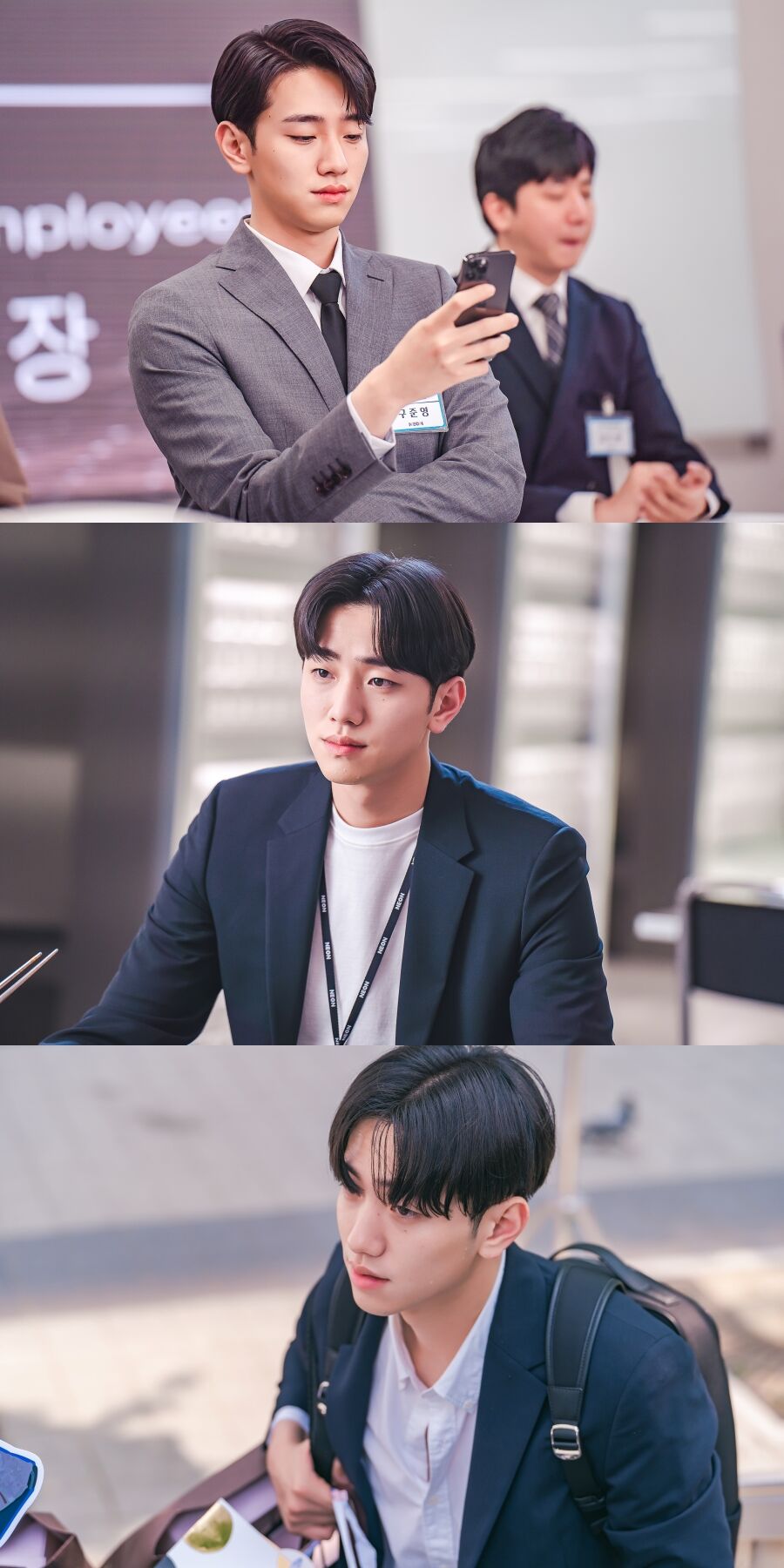 The production team of “Today’s Webtoon” commented, “Actor Nam Yoon Su completely melted into a completely different role from his previous work. We are confident that you can look forward to his dramatic transformation.”

They also added that viewers should look forward to Goo Joon Young’s growth after living a perfect life without a single failure as he experiences conflicts for the first time and becomes influenced by On Ma Eum.

While you wait, watch Nam Yoon Su in “Beyond Evil”: