NCT’s Jungwoo Opens Up About Feeling Pressured Right After His Debut, How He’s Changed, And More

When asked how he felt after his very first cover shoot, Jungwoo replied, “I’m grateful for this great opportunity, and I want to show even more new sides of myself in the future.”

Last month, NCT 127 kicked off their first-ever dome tour of Japan, which included two sold-out nights at the Tokyo Dome. Due to the COVID-19 pandemic, the concerts marked NCT 127’s first Japanese tour in over three years—as well as their very first time holding a solo concert at the Tokyo Dome.

Describing how overwhelmed with emotion the concerts had made him feel, Jungwoo recalled, “Not including SMTOWN concerts, this was NCT’s first solo concert at the Tokyo Dome, so it felt very new. I didn’t feel it during rehearsals, but the moment the concert began and I looked out at the crowd, I got choked up. It wasn’t only me; the other members also agreed that they’d felt the same way.” 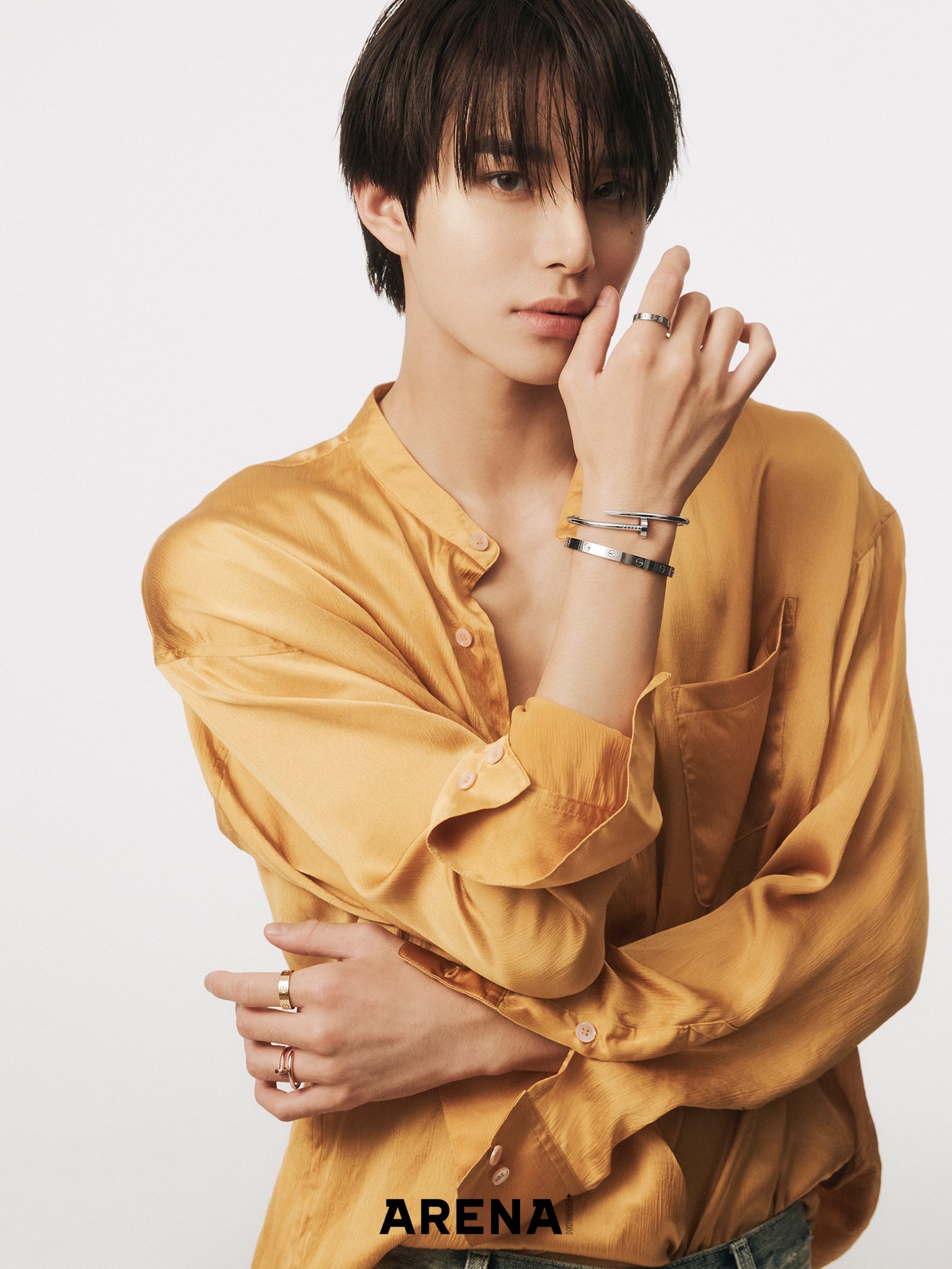 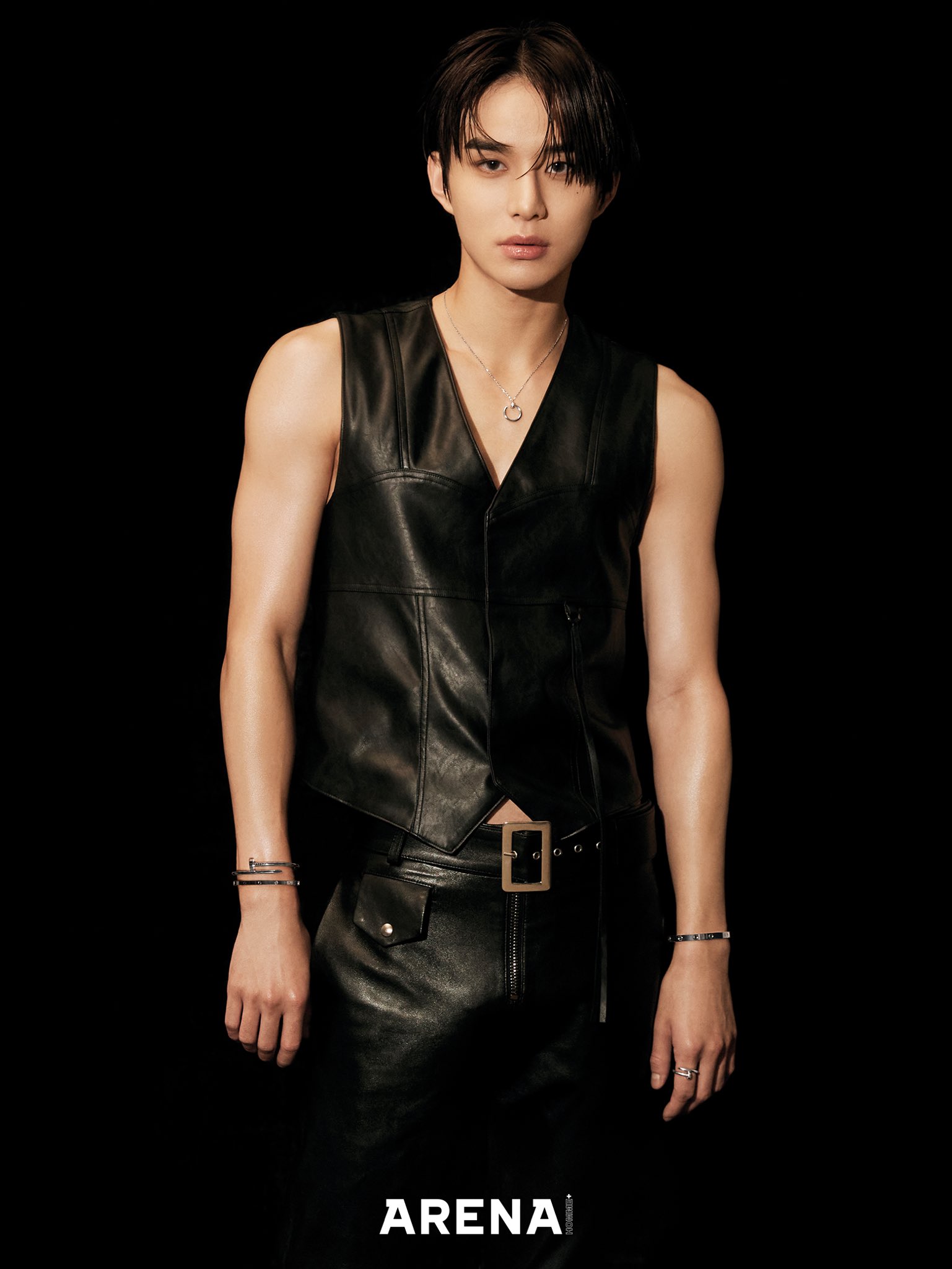 Jungwoo also opened up about how he used to be plagued by nerves and pressure in the early days of his career, right after he debuted as new member of NCT.

“In the time right after my debut, I worried a lot about whether I’d be able to do well without getting nervous due to pressure,” confessed Jungwoo. “If you don’t have a lot of experience, it’s only natural to get nervous, but I didn’t like seeing myself not being able to enjoy performing on stage because of my nerves.”

However, Jungwoo proudly went on to share, “Now, I don’t find it difficult to jump into new challenges.” 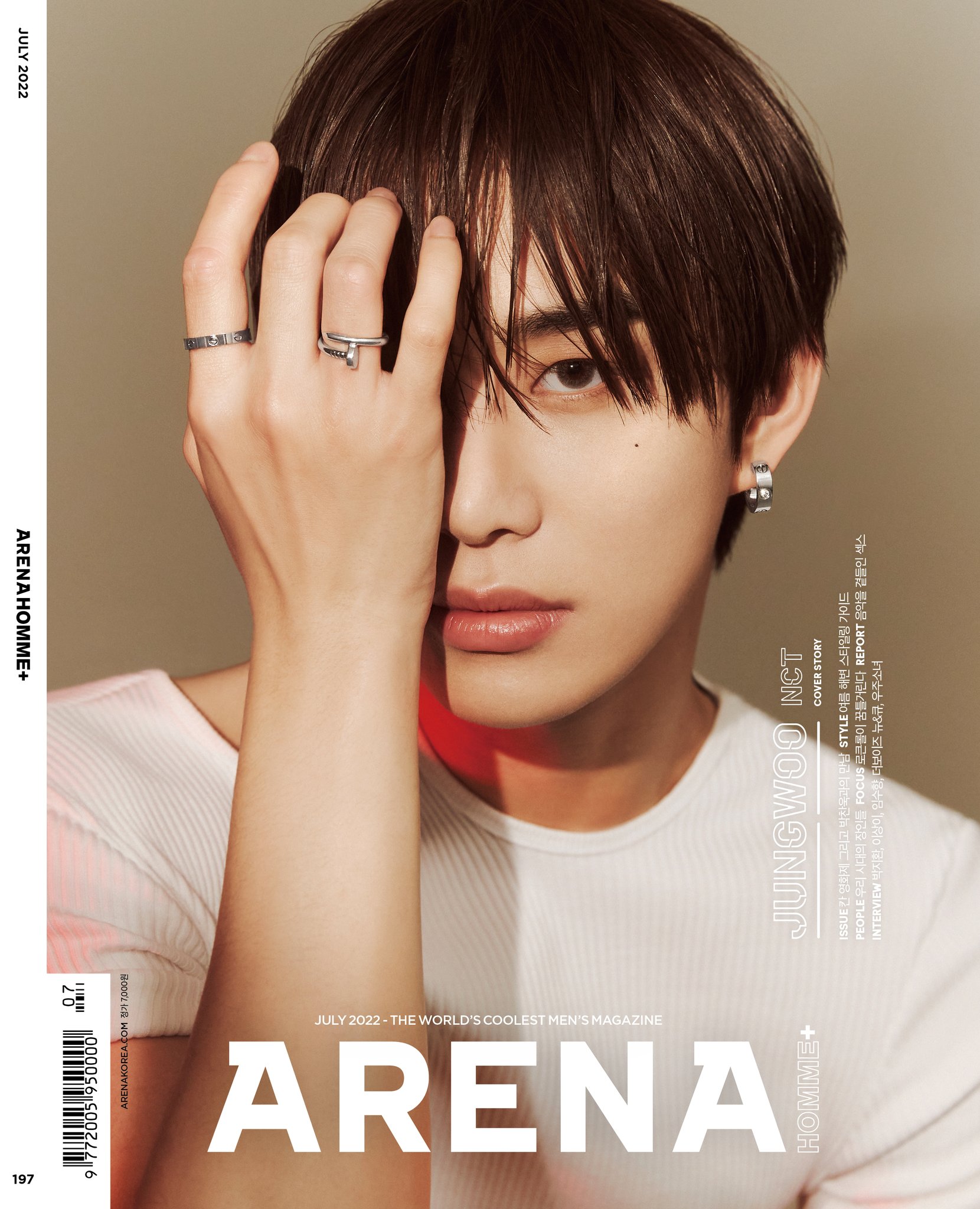 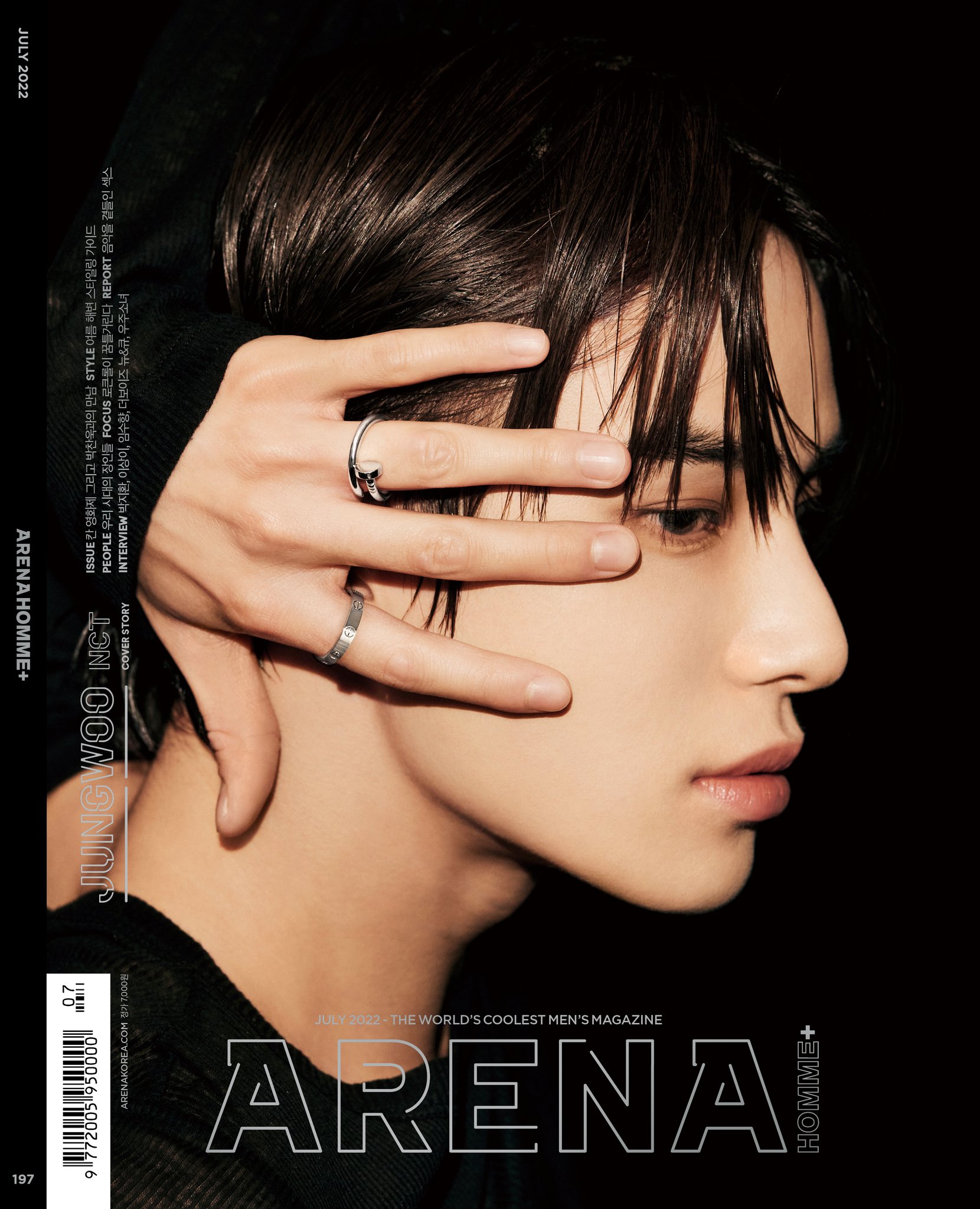 As for what he’s learned in the years since his debut, Jungwoo spoke about the importance of “not regretting things.”

Finally, Jungwoo wrapped things up by adorably telling the interviewer, “Please make sure to put this in [the article]: please tell everyone who was part of today’s shoot that I’m truly grateful. Please make sure to include that!” 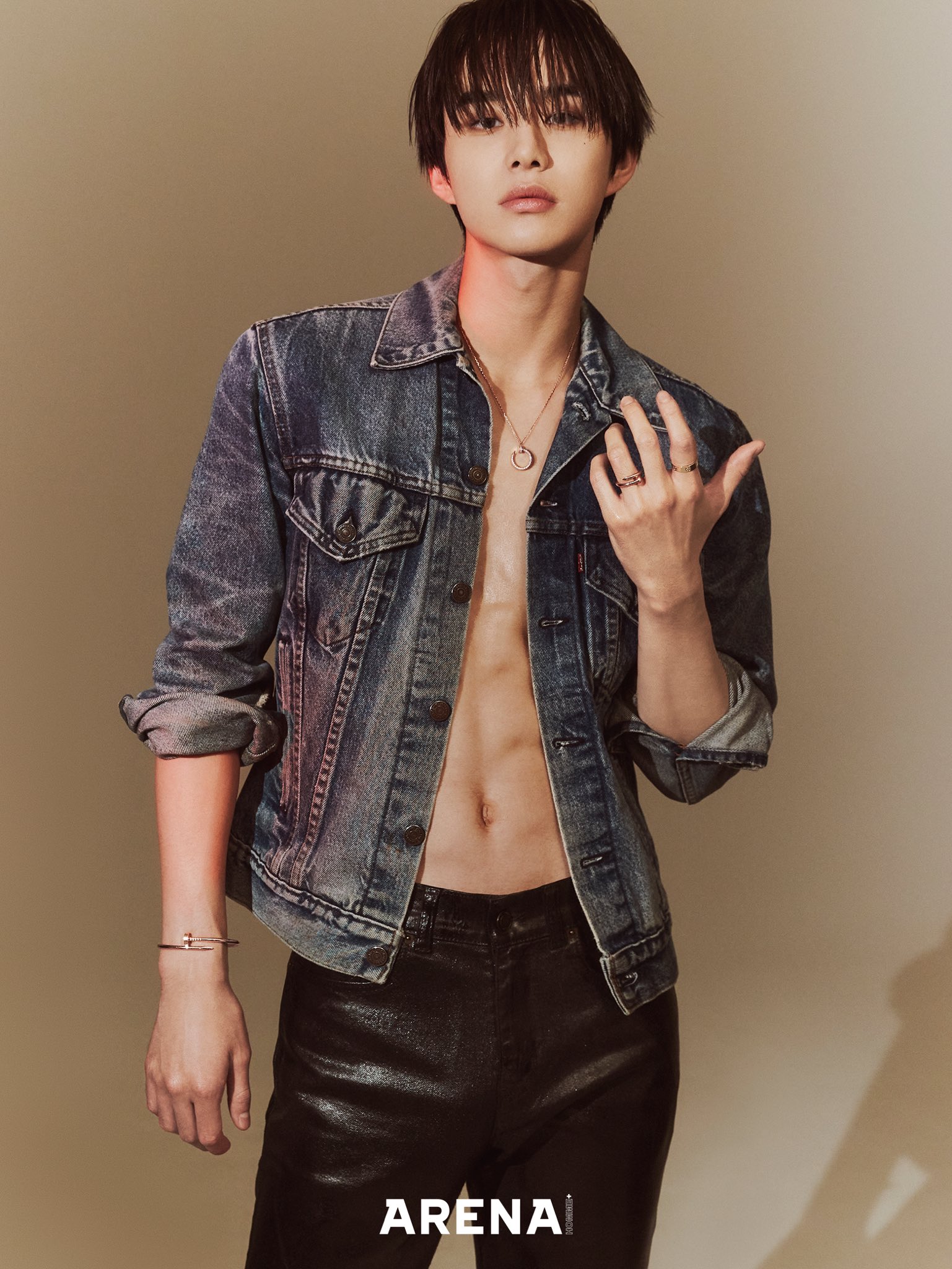 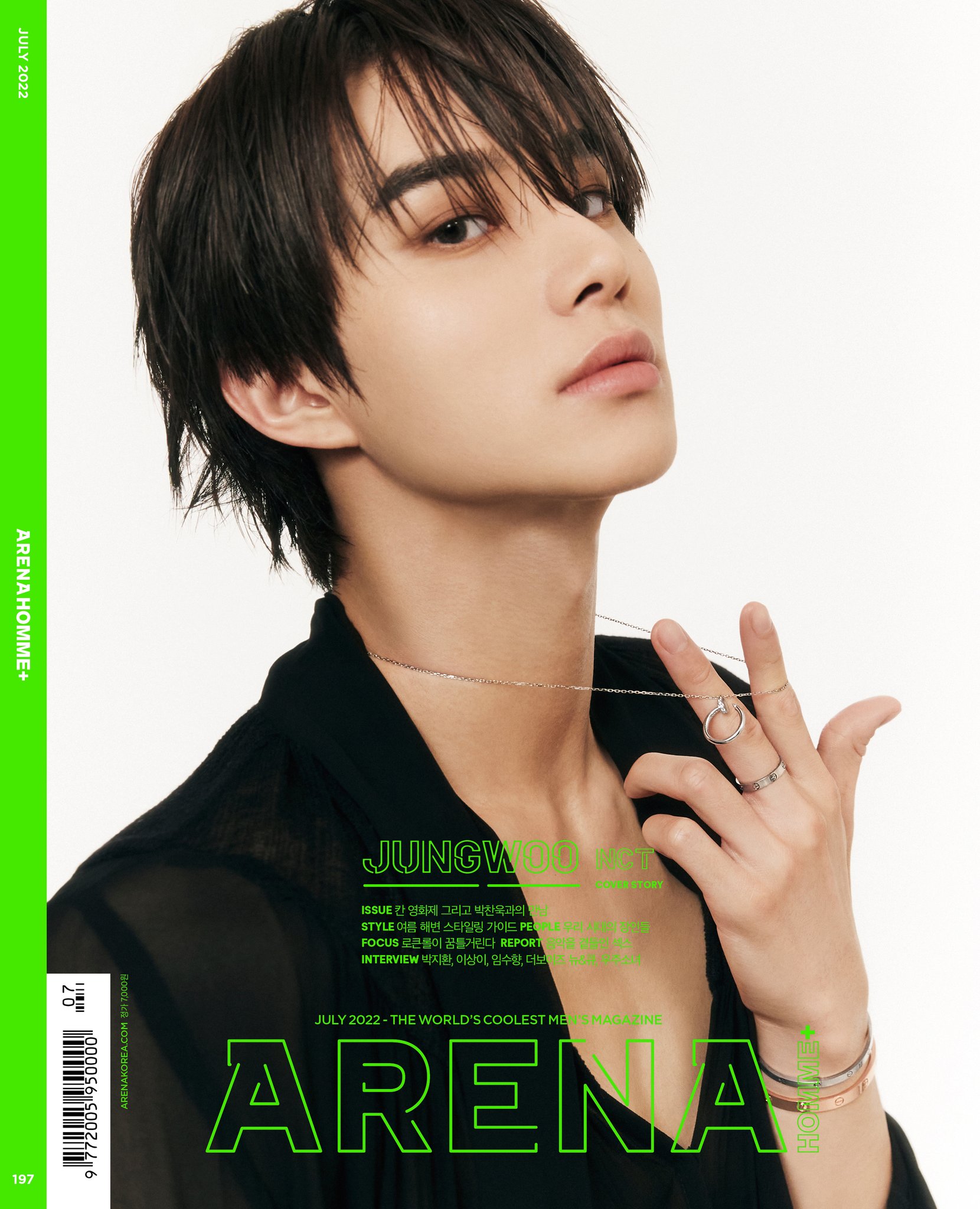 Jungwoo’s full interview and pictorial can be found in the July issue of Arena Homme Plus magazine.