Get ready for an eventful trip on the next episode of KBS 2TV’s “Jinxed at First“!

Based on a webtoon called “The Jinx’s Lover,” “Jinxed at First” is a new fantasy romance drama about what happens when a poor, unlucky man stumbles upon a goddess of fortune, who has jumped out into the unknown to undo a curse despite having been hidden away by a chaebol family.

Na In Woo stars as the “jinxed” fish seller Gong Soo Kwang, while Girls’ Generation’s Seohyun plays Seul Bi, who has the special power of being able to see a person’s future when she touches them.

Previously on “Jinxed at First,” the cheerful Seul Bi managed to win over the many business owners at Seodong Market. After she helped people in the neighborhood get out of various predicaments, the frosty attitude that the other Seodong Market business owners had towards Soo Kwang began to melt and transform into something more friendly.

In newly released stills from the drama’s next episode, Seul Bi and Soo Kwang’s trip to Busan to return Young Woo’s dog Jjong-ie to his grandmother gets off to a promising start. With the adorable Jjong-ie in tow, the duo meets up with Young Woo’s grandmother in Busan and listens to her concerns. Seul Bi later takes the grandmother’s hand and uses her powers to see the future, which ends up bringing good fortune to not only Young Woo’s grandma but also to Soo Kwang.

However, what starts out as a fun trip takes a dangerous turn when Mr. Wang (played by Kim Dong Young) urgently calls Soo Kwang to warn him that he and Seul Bi shouldn’t go to Busan.

To find out if Soo Kwang and Seul Bi will be able to safely wrap up their trip and return home from Busan, tune in to the next episode of “Jinxed at First” on June 29 at 9:50 p.m. KST! 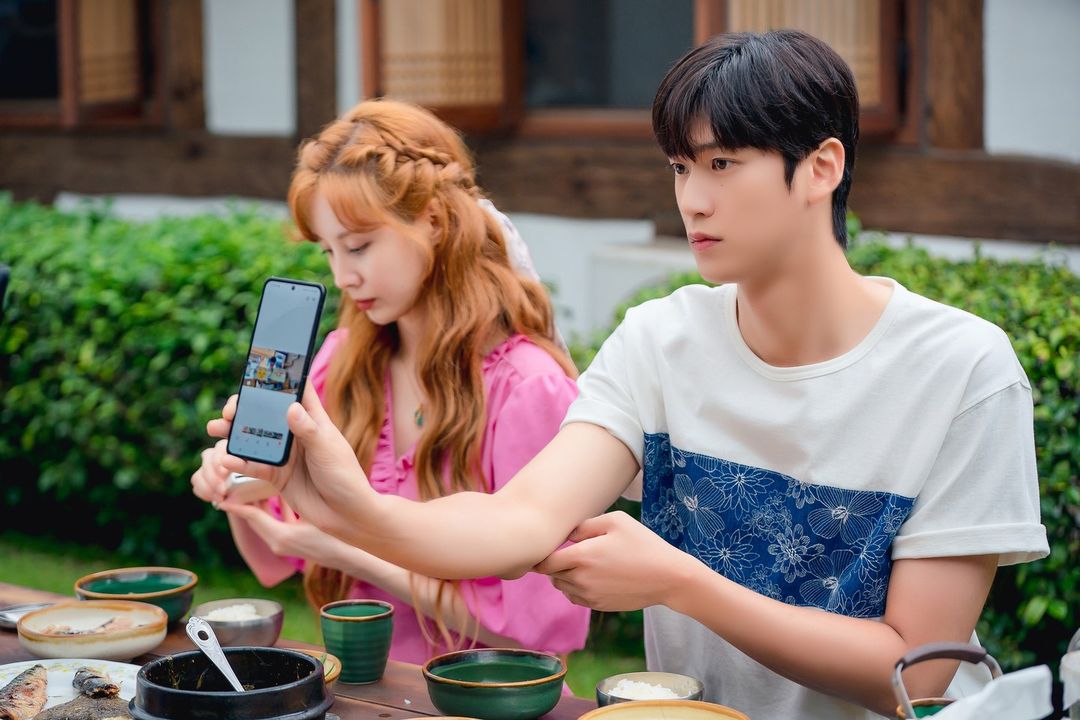 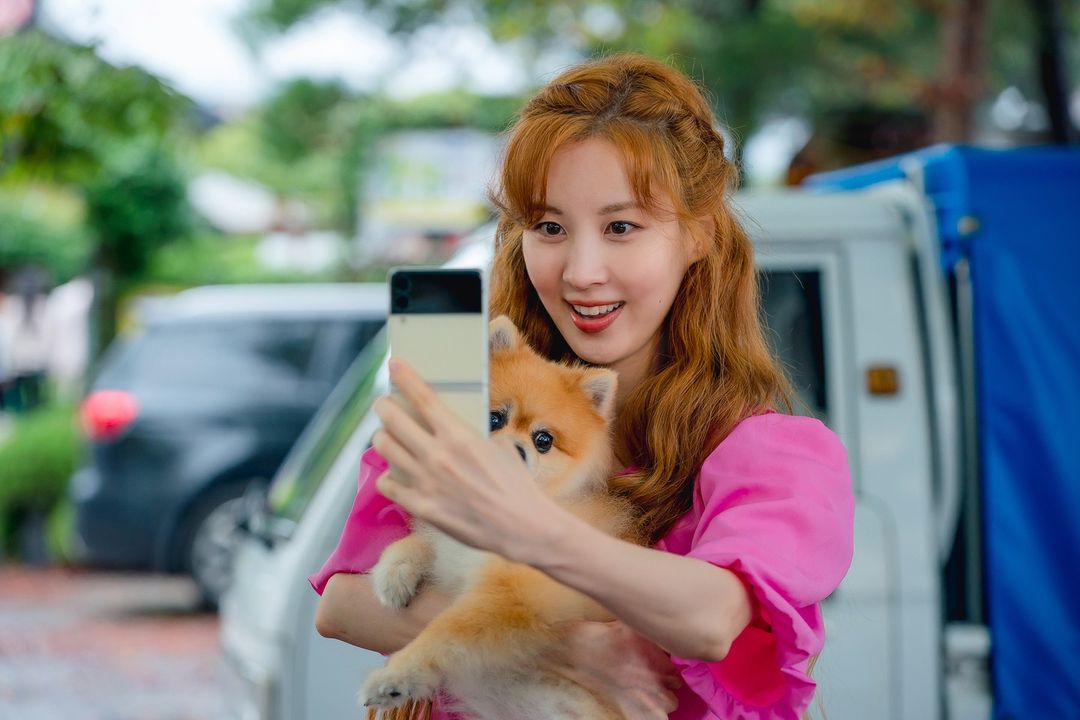 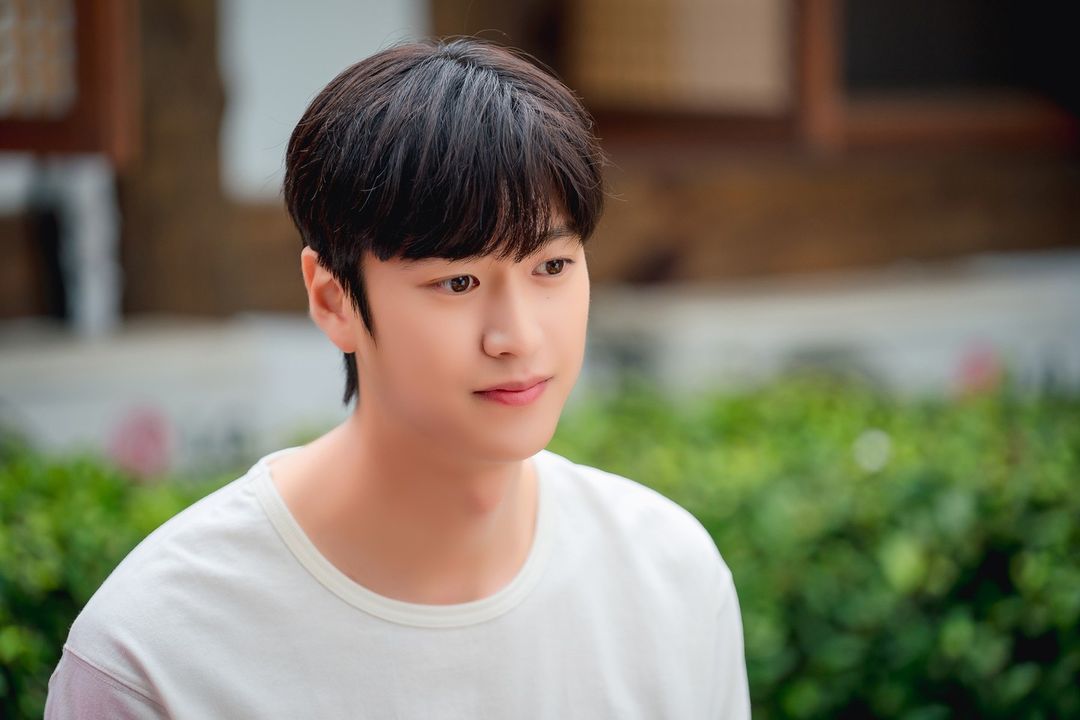 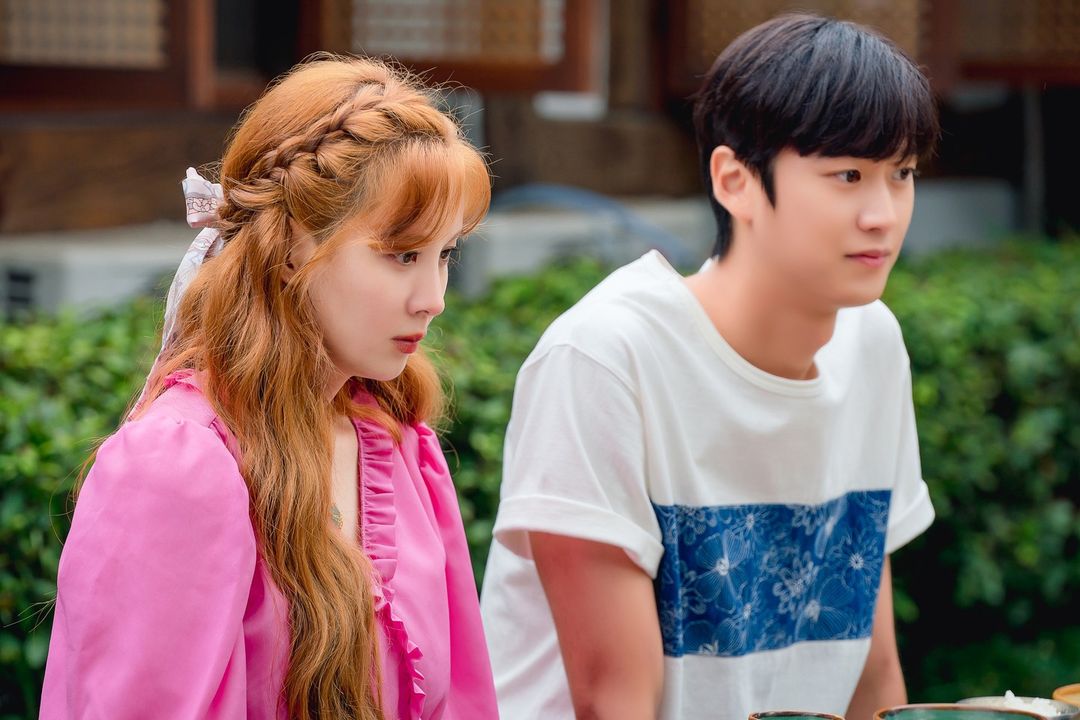 In the meantime, catch up on previous episodes of the drama with English subtitles below!