Based on the popular web novel of the same name, “Café Minamdang” is a new comedy-mystery starring Seo In Guk as Nam Han Joon, a fraudulent male shaman who used to be a profiler. Oh Yeon Seo stars as Han Jae Hee, a detective in the violent crimes unit who is passionate about justice, while Kwak Si Yang plays Gong Soo Chul, a barista at Café Minamdang.

On the previous episode of “Café Minamdang,” Nam Han Joon and Han Jae Hee came across a body wrapped in white cloth. As soon as Nam Han Joon saw the corpse, he became convinced that it was the work of the serial killer he calls Gopuri.

In newly released stills from the drama’s next episode, Nam Han Joon and Gong Soo Chul set their shaman act aside to hunt down the killer responsible for this latest murder. As they wander an alley in search of evidence, Nam Han Joon illuminates his surroundings with a flashlight, while Gong Soo Chul wears a shocked expression as he examines something his partner has discovered. 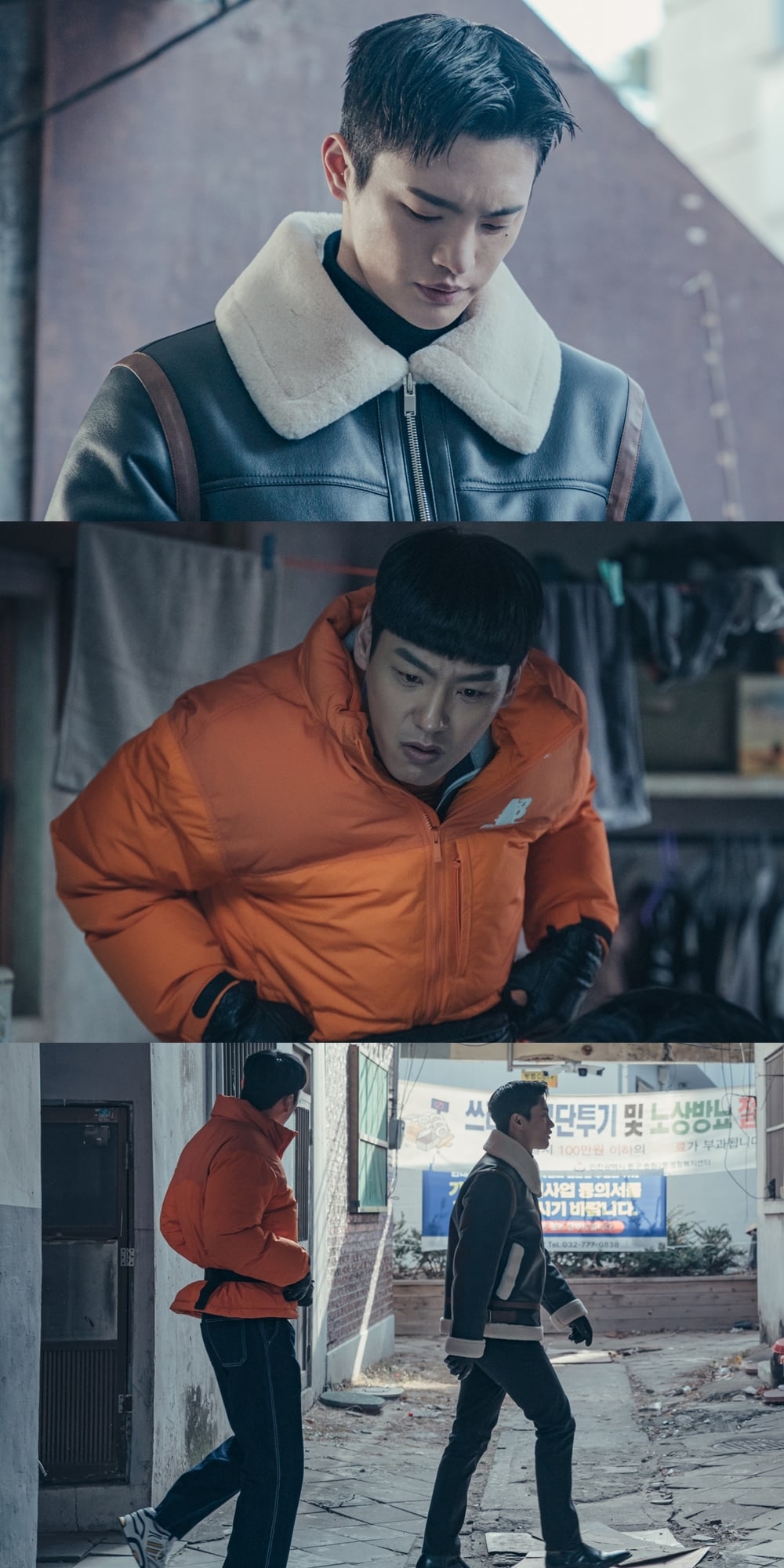 The producers of “Café Minamdang” teased, “In Episode 5, Nam Han Joon and Gong Soo Chul will wander the alleyways of an impoverished neighborhood.”

“Although they may usually seem like ‘dumb and dumber,’ when faced with a serious situation, the two men will search for clues with a keen eye and sharp instincts,” they continued. “Please look forward to it.”

In the meantime, watch Seo In Guk in his previous drama “Doom at Your Service” with subtitles below!