“Today’s Webtoon” is a Korean remake of the popular 2016 Japanese drama “Sleepeeer Hit!” The drama will tell the story of On Ma Eum (Kim Sejeong), a former judo athlete who joins Neon Webtoon’s editorial department as a new employee and struggles to mature into a true editor amidst South Korea’s competitive webtoon industry.

The making-of teaser film gives drama fans a better look at On Ma Eum, who introduces herself at the editorial department as an awkward rookie editor but also proves her strength as a former athlete as she easily hoists a grown man onto her back. Her fellow new coworker Goo Joon Young (Nam Yoon Su) also goes through daily struggles as he tries to adapt to the office culture. 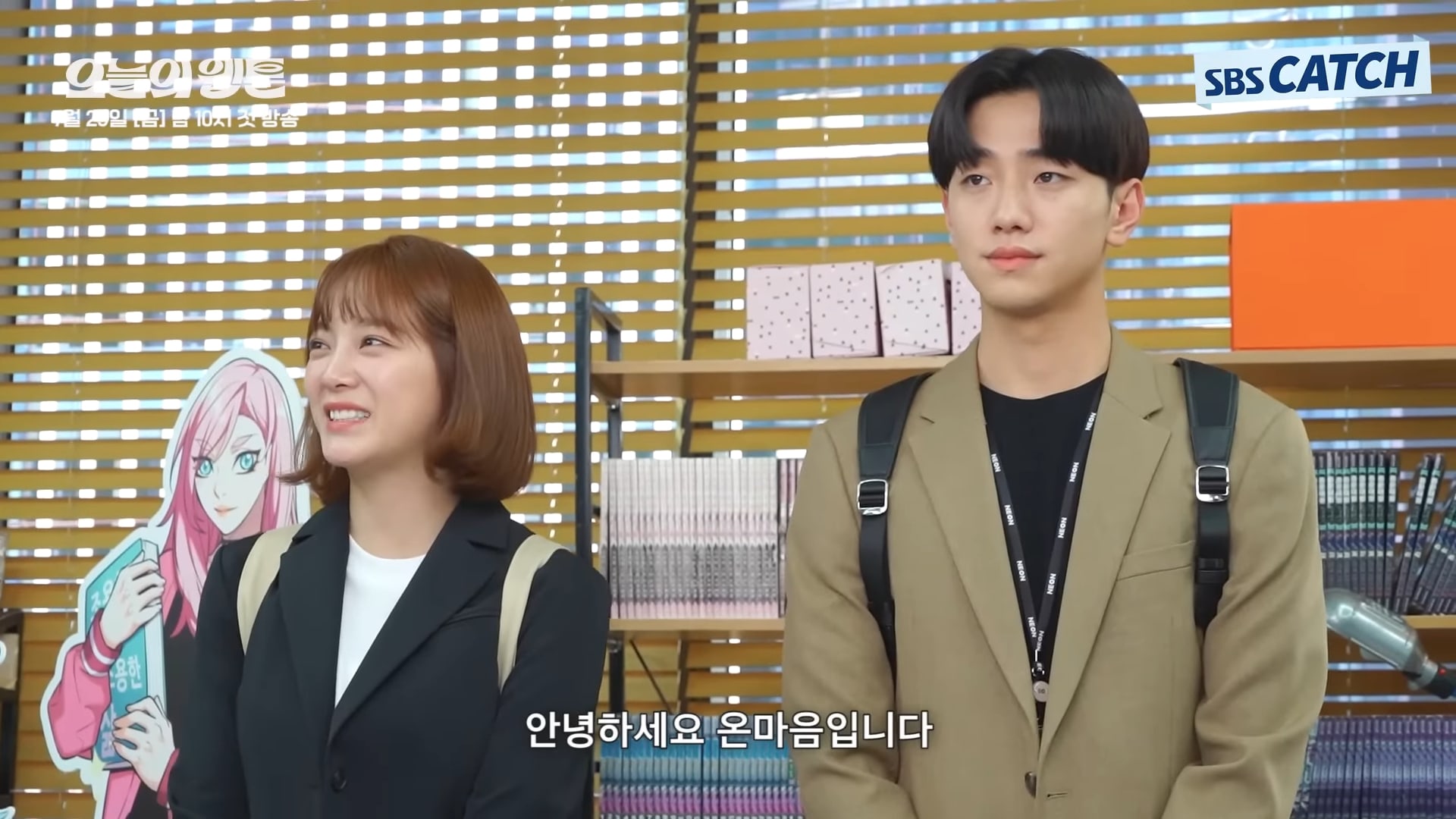 Later clips go behind the scenes to show smiles and laughter among all of the cast members. Various locations are revealed as everyone greets the camera, and Kim Sejeong mischievously makes Nam Yoon Su curl his fingers to make a thumbs-up sign when she spots the camera.

Other cast members in the video include Park Ho San, Kim Kab Soo, Ha Yul Ri, Choi Daniel, Highlight’s Son Dongwoon, and more. They show off their lighthearted antics behind the scenes, with Choi Daniel being particularly playful as he goes down imaginary stairs and dances by himself.

Check out the laughter-filled making-of teaser below!

“Today’s Webtoon” premieres on July 29 at 10 p.m. KST and will be available on Viki. Watch a teaser here!

In the meantime, watch Kim Sejeong in “I Wanna Hear Your Song” below: